I am inexplicably drawn to waterfalls as moths are to a flame.

With a 260 feet (79 meters) drop split between two bellowing cascades, Kaaterskill Falls is one of the Eastern US’ tallest waterfalls.

Thomas Cole first visited Kaaterskill Falls in 1825 and the waterfall susequently became a favorite setting for painters of the Hudson River School. The breathtaking majesty of falls encaptured fully the romanticized vision of a uniquely American landscape, of a wilderness unsoiled by the footprints of man.

The falls are easily accessible via a picturesque 20 minute hike from the public parking lot on route 23A near Palenville, New York.

After a short walk up the curving road along 23A from the parking lot, one is greeted at the start of the trail head by the charming Bastion Falls.

Continuing, one essentially traces the the path of the water upstream towards the top of mountain.

Fun fact, both the Catskill mountains and Kaaterskill Falls get their name from the word ‘kat’ in Dutch, most likely referring to the bobcat or mountain lions, and ‘kill’ meaning stream or creek.

Following the trail, first there is the unmistakeable sound of gushing water. Then the trees start to thin out and through the clearing one is bestowed with a magnificent view of the double tiered cascading falls.

Further up the mountain, one gets a closer view of the first drop. On a good day, the adventurous are able to hike round the rim to the cave behind the falls and experience for themselves the famous vintage point depicted in Thomas Cole’s painting.

Many will choose to end their hike here.

For those who continue on, the reward is a stunning birdseye view from the top of the falls.

Though highly inadvisable to wade into the middle of stream feeding the falls, the edge of the falls is accessible. For those daring enough a peak over the abyss, beyond the initial feeling of vertigo, there is the sinking feeling just how small man is compared to the vast power and majesty of nature. 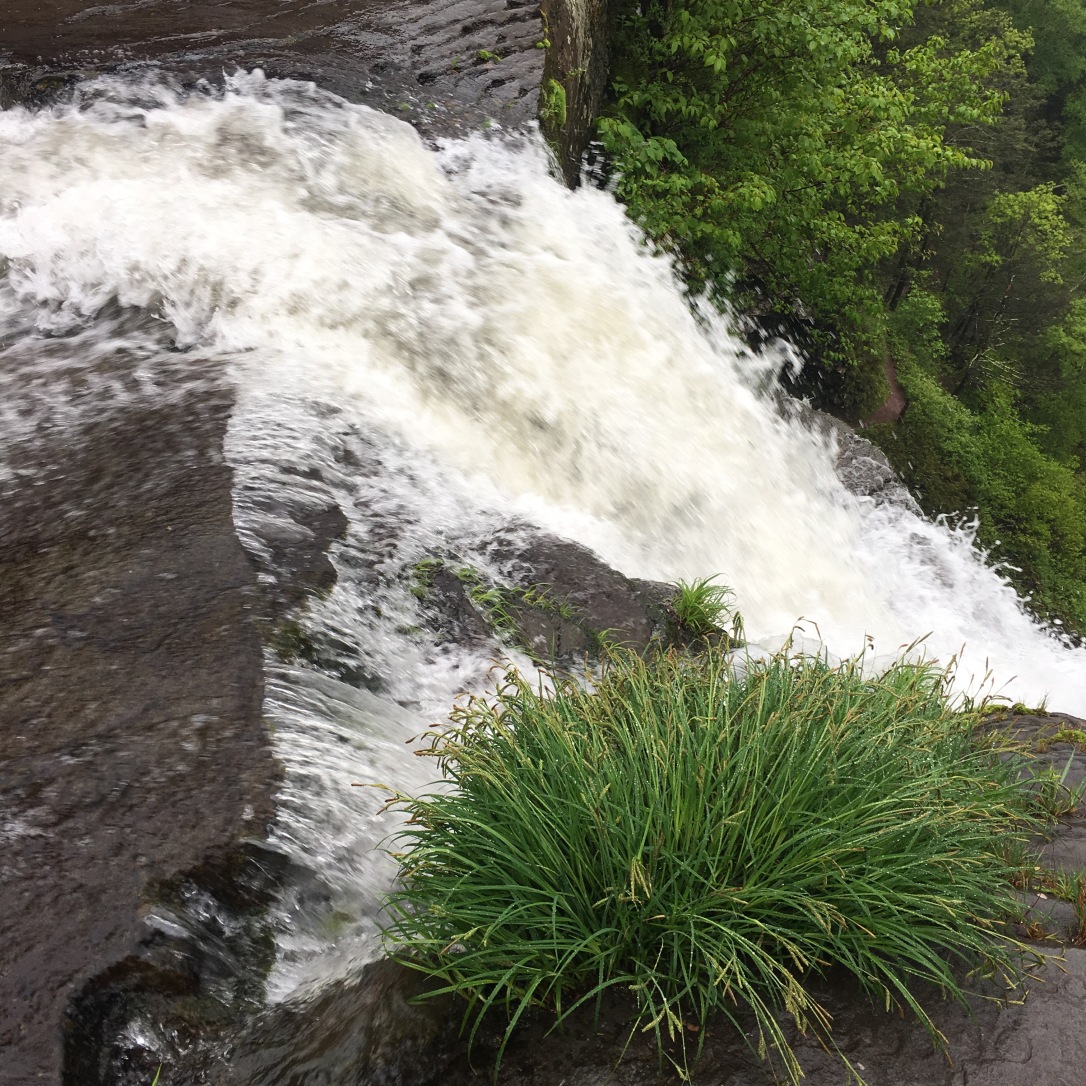