There is something magical about stepping into a national park.

Sequoia National Park was established on September 25, 1890 and contains the highest point within the contiguous 48 states – Mount Whitney at 14,505 ft (4,421 m) above sea level. Administered together with Kings Canyon National Park to its north, the parks were designated a UNESCO Biosphere Reserve in 1976.

The only extant species of the genus Sequoia is the Sequoia sempervirens found in the Northern California coastal forest ecological region.  As such, there really is no other trees like it in the world. Together with the legacy of John Muir, it is little wonder that the logo of the National Park Service features a sequoia tree against the Sierra Nevada mountains. And, if you’ve ever looked closely at the belts or hats of National Park Service rangers, you’ll find that both embossed within the leather and attached as ornamentation are sequoia cones.

Pictures simply don’t do sequoia trees justice – the poise, the majesty, the august solemness of these trees that have withstood through the centuries.  The lifespan of sequoias are estimated to be around 1800–2700 years, and they are one of the few living organisms in the world that is known to die only of natural disaster (lightening, fires, etc) and not from old age. If you stand within the giant sequoia groves, close your eyes and take a deep inhale, you can almost feel yourself being transported back in time thousands of millennia, to a time of pure wilderness and one with nature.

Looking up, you feel so minuscule and yet at the same time so expansive as together, you and the leaves and the branches reach up and merge with the skies.

72 species of mammals call Sequoia National Park home, from the mule deer to the Sierra marmot to mountain lions, black bears and the endangered bighorn sheep. And it’s such a wonderful joy when you chance upon a critter and have the opportunity to stop and observe them in their natural habitat. 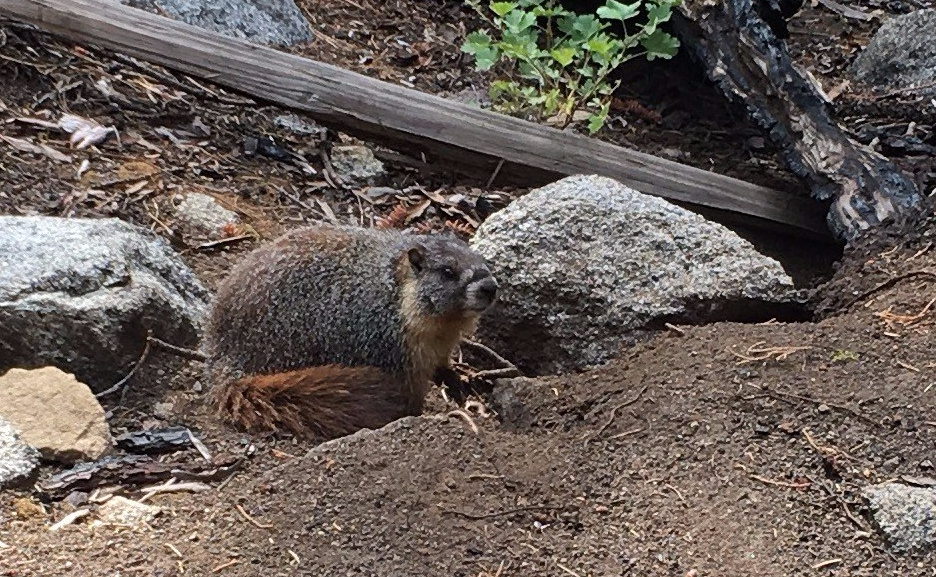 Of course, no trip to Sequoia is complete without a climb up Moro Rock for a panoramic of the Sierra Nevadas.

And not to forget also the sugar pines with their gigantic pine cones and the grassy meadowlands interspersed in the valleys. 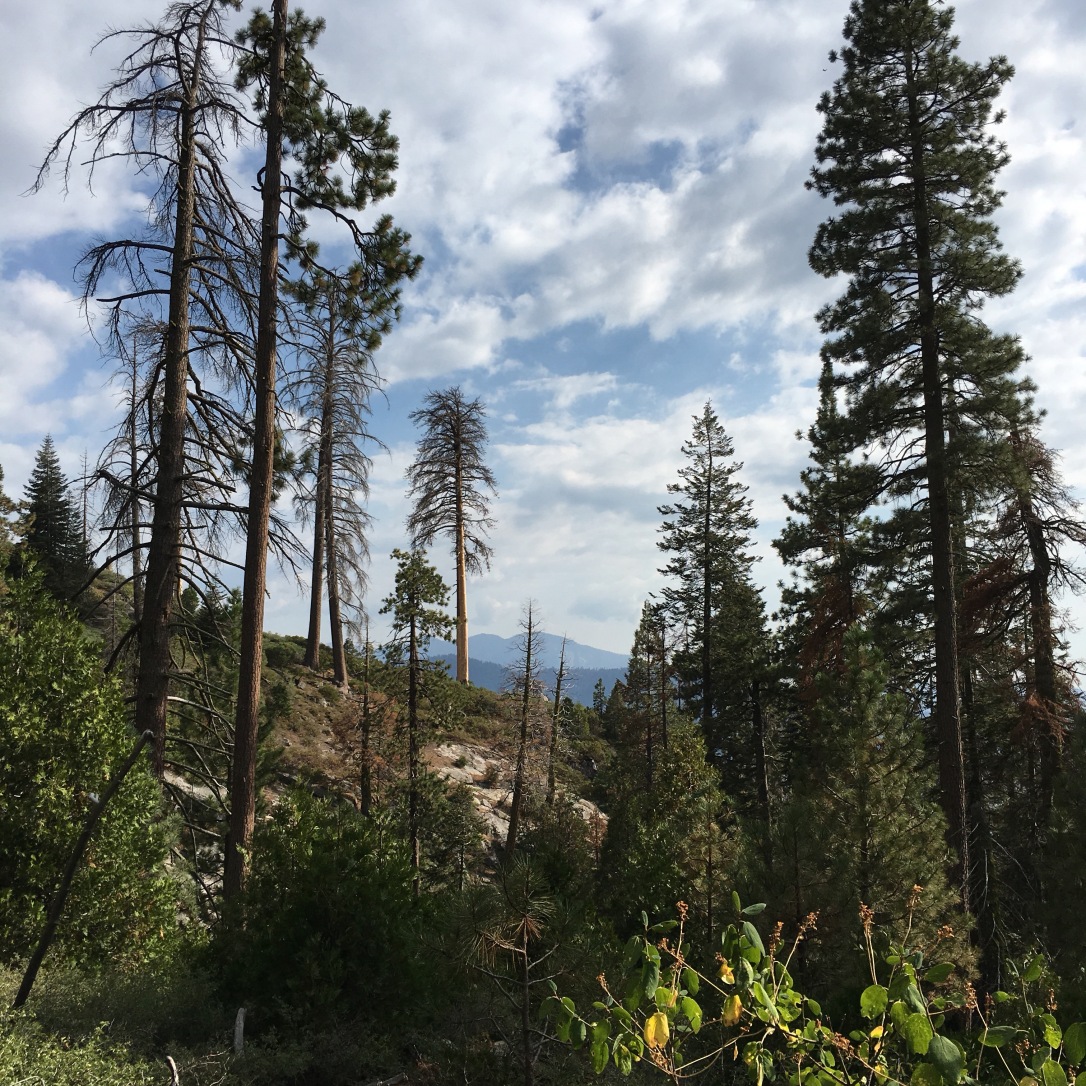 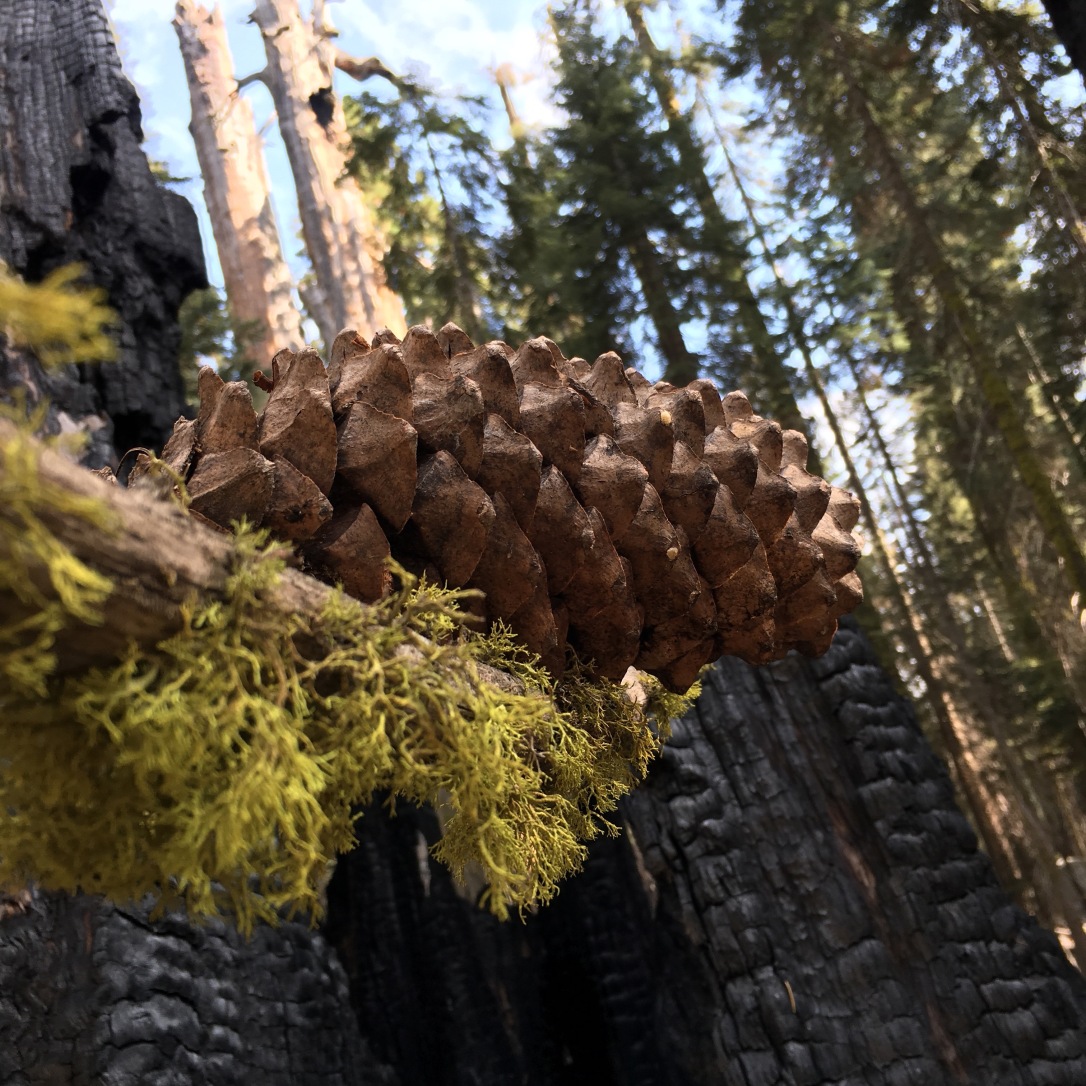 As the sun started to set, I grabbed hold of Hanging Rock and reflect back on my perspective of the world.