There are three “ways”, or ceremonious art forms, shared among East Asian cultures that have been passed down thousands of years.

The first is the Way of Tea, or the tea ceremony (茶道).

The second is the Way of Flowers, more commonly known in the West by its Japanese name ikebana (花道).

The third is the Way of Incense, kodo in Japanese (香道).

In everyday life, the smoke of incense is believed to transcend physical planes and therefore a vehicle through which the thoughts and well-wishes of man can be transmitted to the immortals in heavens or one’s deceased ancestors.

Incense was also used in Traditional Chinese Medicine as a means of delivery for cures, as smoke can more easily penetrate and disseminate within the body than solids or liquids.

As an art form, incense focuses on fragrances, and in particular, the combining of varying fragrances to achieve an “ideal” scent – full and complex yet balanced. Following on the basis of Traditional Chinese Medicine, care was taken not to combine scents that would disturb the balance and cause chaos within the body.  The zenith was creating a scent that could be enjoyed on its own while at the same time who’s combination would also enhance the medicinal qualities of individual ingredients to achieve symbiosis. Common ingredients, which are also used today, included cinnamon, cloves, sandalwood, frankincense, etc. Popular combinations were given names and referenced in literary prose and historical records. Sadly though, much of the actual recipes have been lost to time. 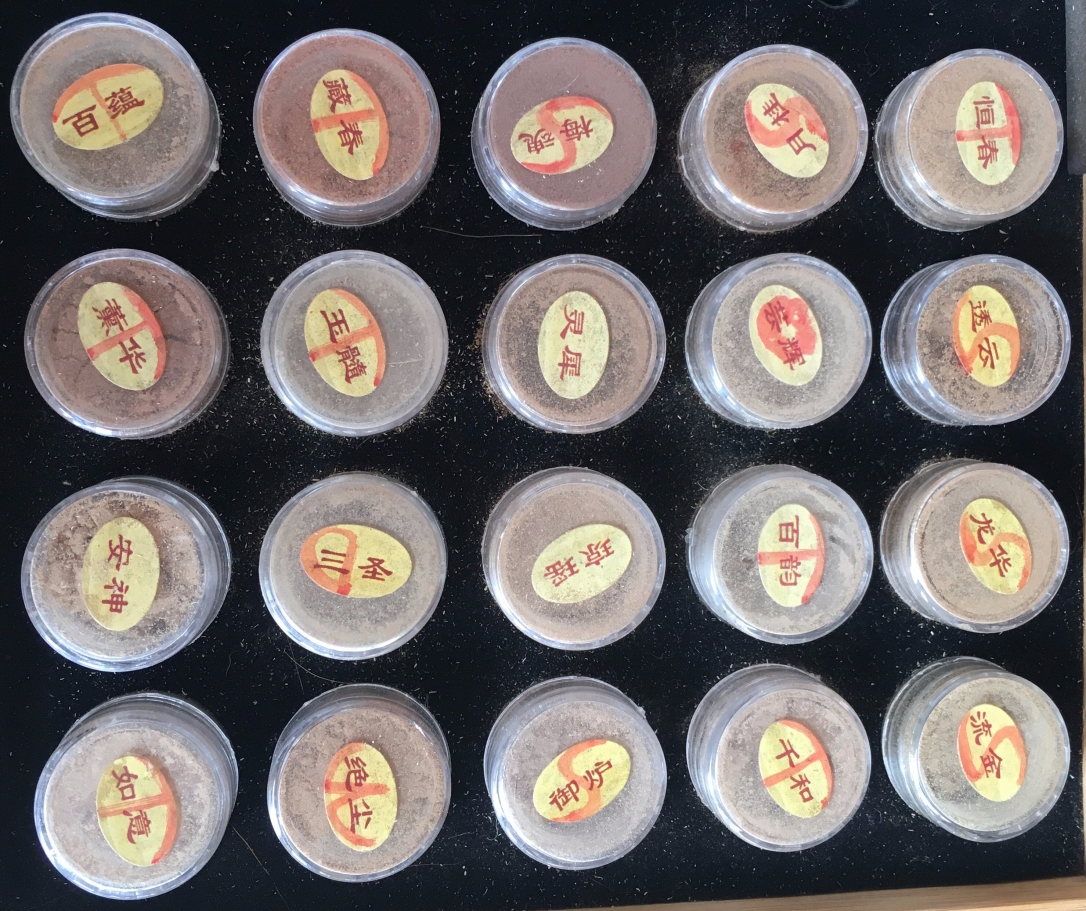 The appreciation of incense can take many forms. I will focus today on incense trails. Also called incense seals (打香篆 or 香印), this technique for burning incense became widespread during the Song Dynasty. 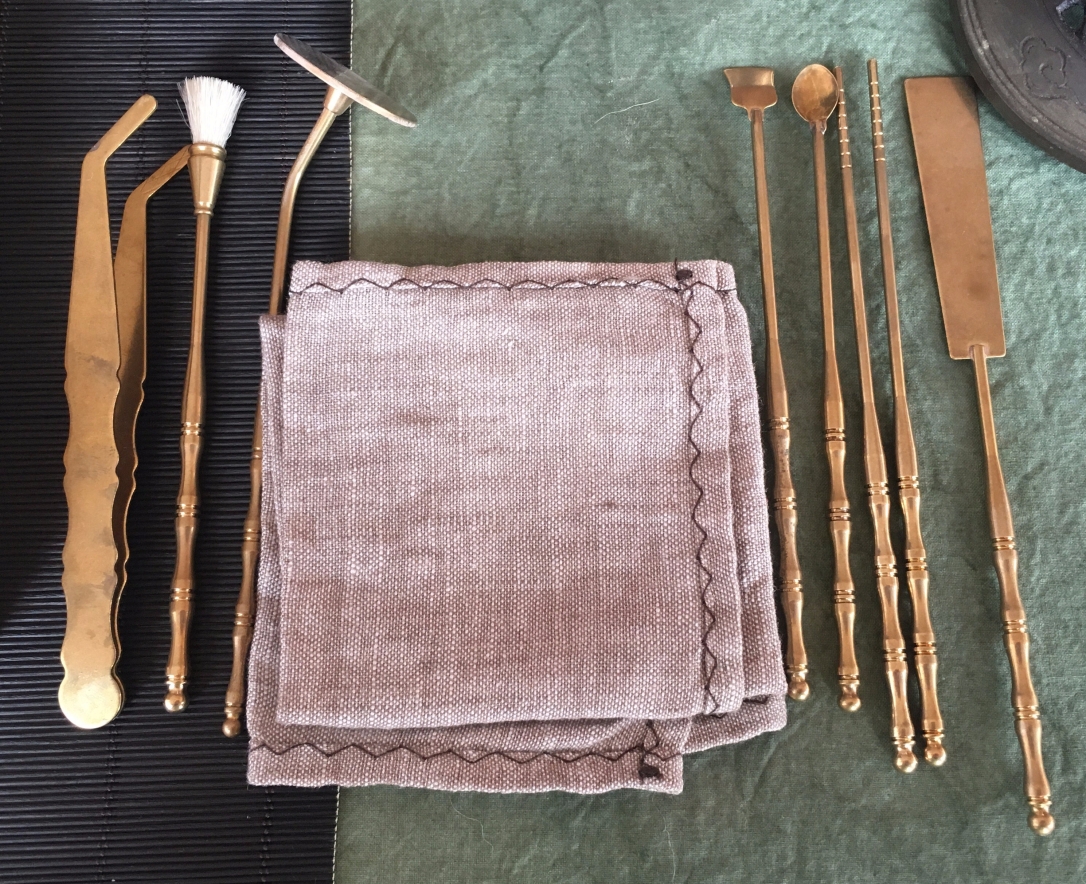 The starter base ash is typically white ash made from rice chaffs which possesses little inherent scent and thus is seen as being neutral. 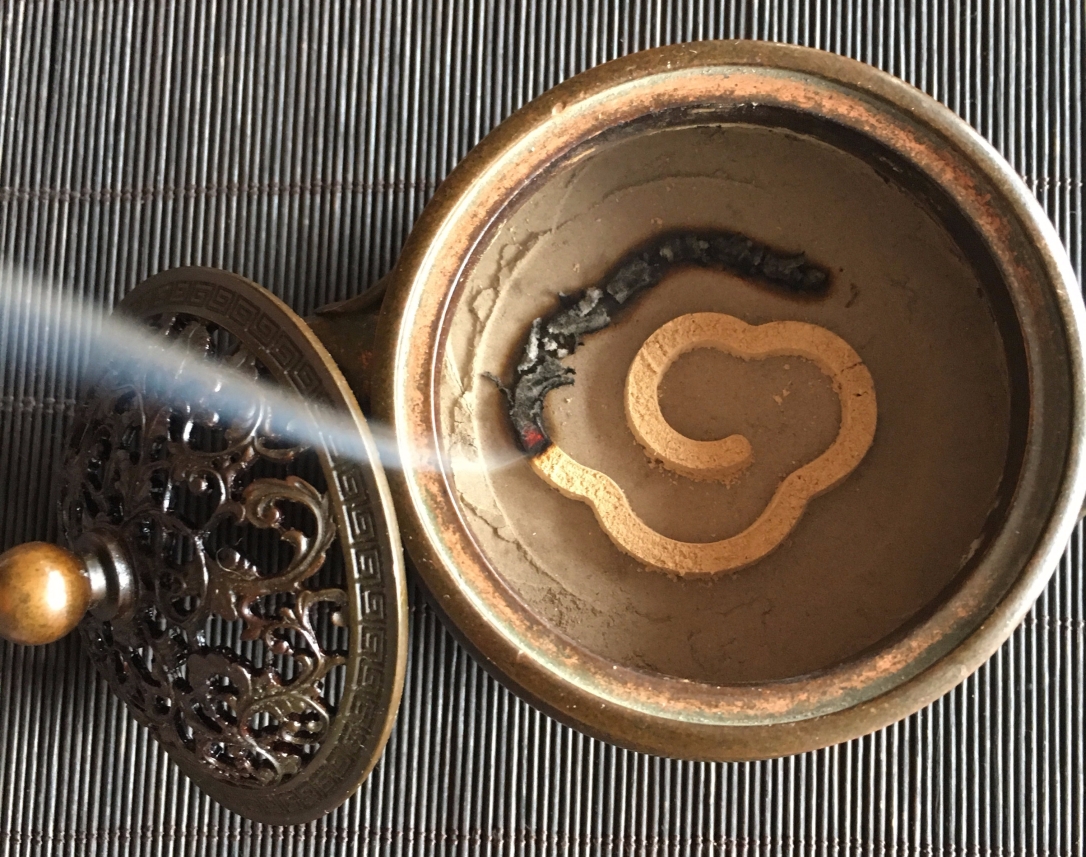 Light an incense stick – I find using a toothpick works best – and use to light the outer end of the incense trail. Place the lid on the incense pot and enjoy.

If you wish to get started on your own incense appreciation journey, you can obtain all start materials by clicking here or going to Shop – Incense on the top of this page.

For incense powder, you can use ground spices bought from the grocery store.