The Alexander Graham Bell National Historic Site in Baddeck was not at all what I expected. Having visited the Thomas Edison National Historical Park in West Orange, NJ last year, I was expecting a similar experience here – a close-up encounter with history walking through scared grounds where technological innovation happened.

Granted, I didn’t know much about Bell aside from that he invented the telephone and founded the precursor to AT&T.

As I learned, Baddeck was where the Bell family had built Beinn Bhreagh in 1886 as (initially) a summer house. Over the next 30 years, Bell would spend an increasing portion of time at the estate and in the surrounding lake and hillsides, designing, building, experimenting and perfecting various inventions from tetrahedral box kites to hydrofoil boats. He passed away at Beinn Bhreagh in 1922.

Beinn Bhreagh still belongs to Bell descendants, and though listed as a National Historic Site, is not open to the public. It can be seen though from the museum site across the waters of Bras d’or Lake.

The Alexander Graham Bell Museum was built 1954 to house memorabilia in connection to Bell’s scientific pursuits carried out in Baddeck and the surrounding area. Today, many of the artifacts on display comes from the Bell family’s personal museum, donated in 1955.

Below is a silver model of the insides of a box telephone Bell gave to Mabel, paid for with income from public lectures on the telephone. Bell was to give Mabel as their wedding gift all but 10 of his shares in the recently created Bell Telephone Company. 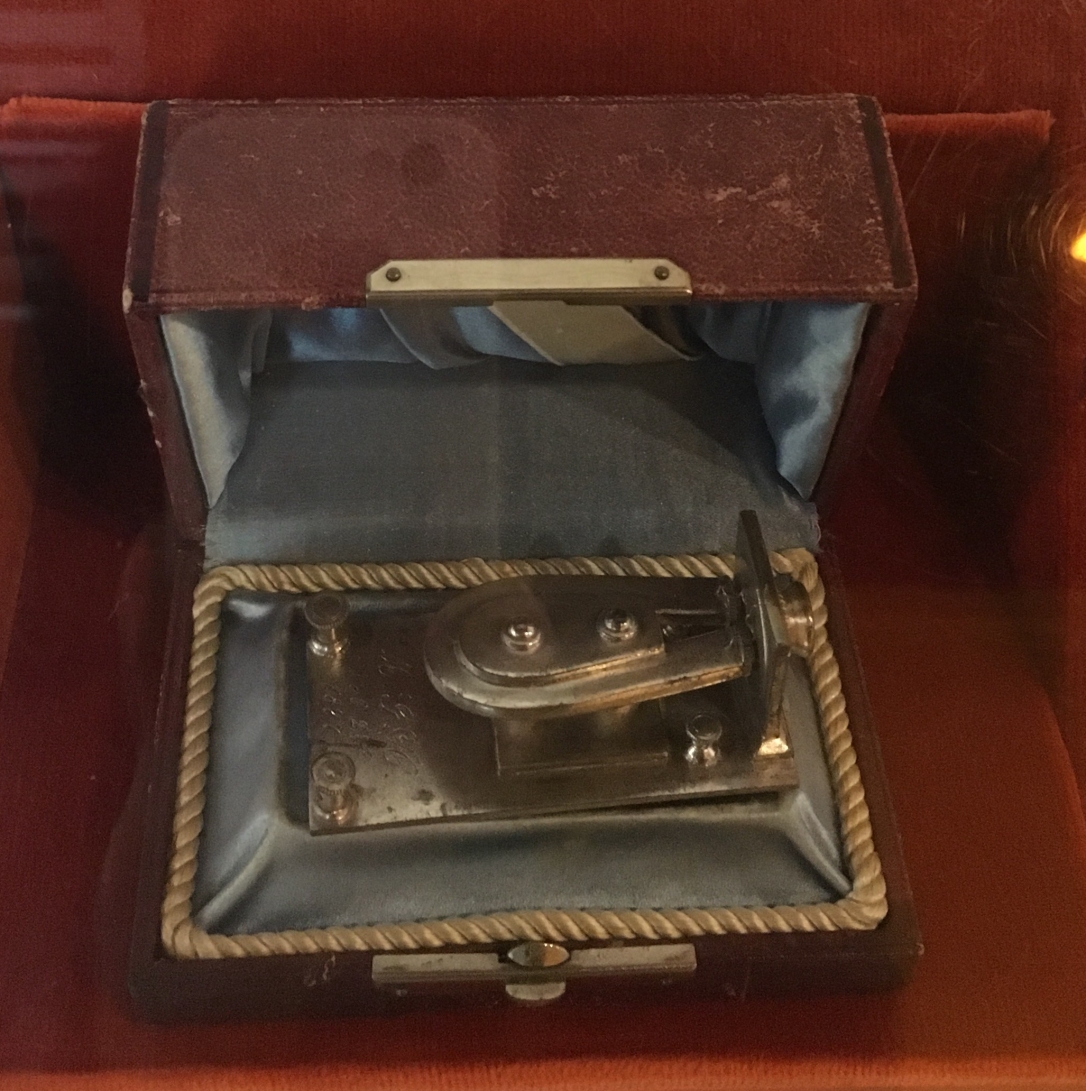 The museum exhibits are laid out in a more or less chronological manner, starting with Bell’s early pursuits in continuing his father’s achievements in speech therapy, which eventually lead to his interest and experiments with the telephone. 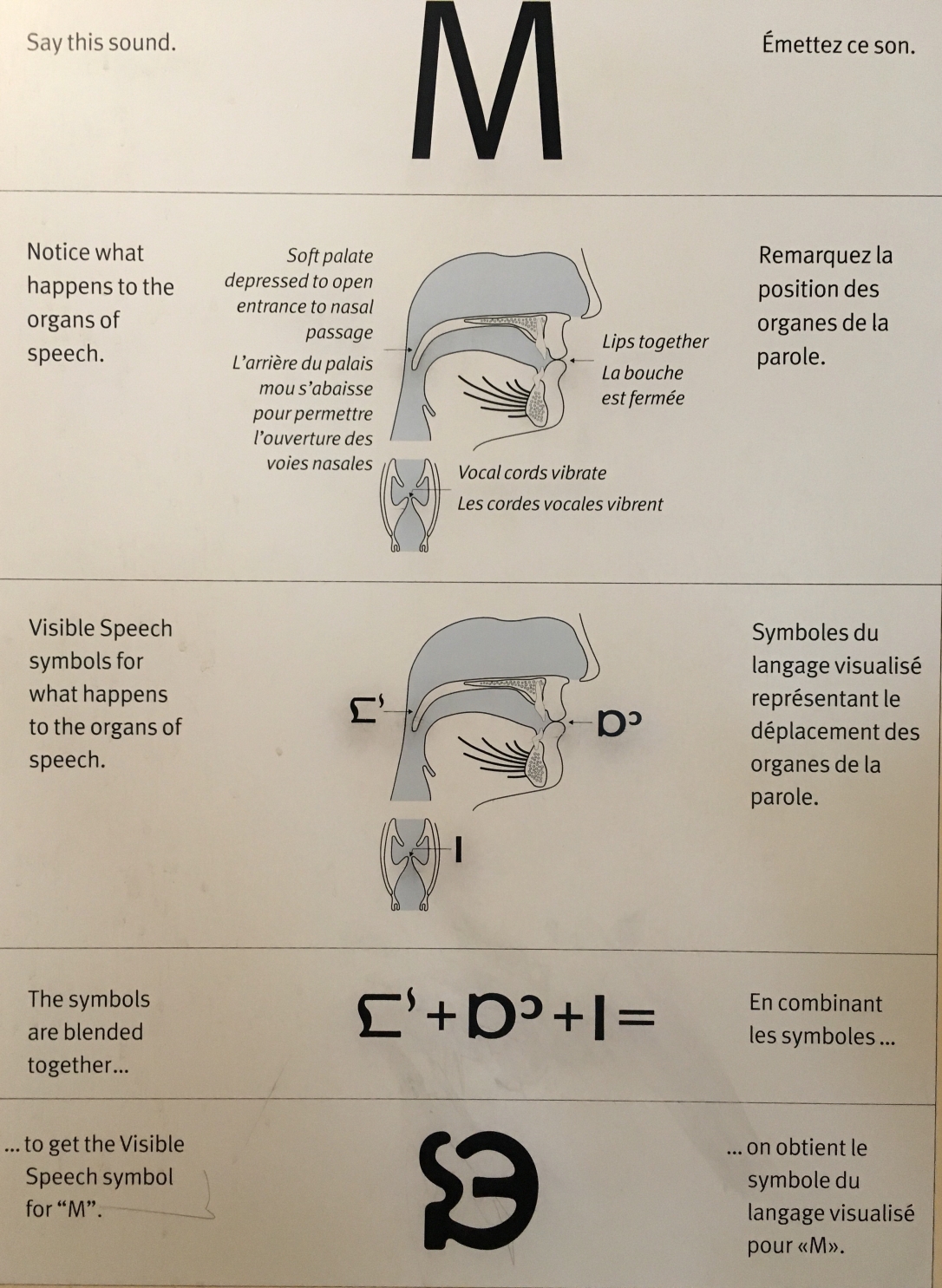 After reading the above several times, I was able to understand the gist of the mechanism behind visible speech. Yet, I am still unable to fully interpret the image of the Visible Speech symbol, here “M”. Looking at the symbol, I’m at a loss as to what exact movement I would need to made to achieve that sound with my mouth.

I found more interesting the below typewriter from the turn of the century, specifically the presence of  the “@” sign. It’s used so ubiquitously nowadays in emails and social media handles, that it’s almost difficult to imagine the “at” sign began as shorthand in accounting and invoicing for “at a rate of” (eg: 7 typewriters @ £2 each). 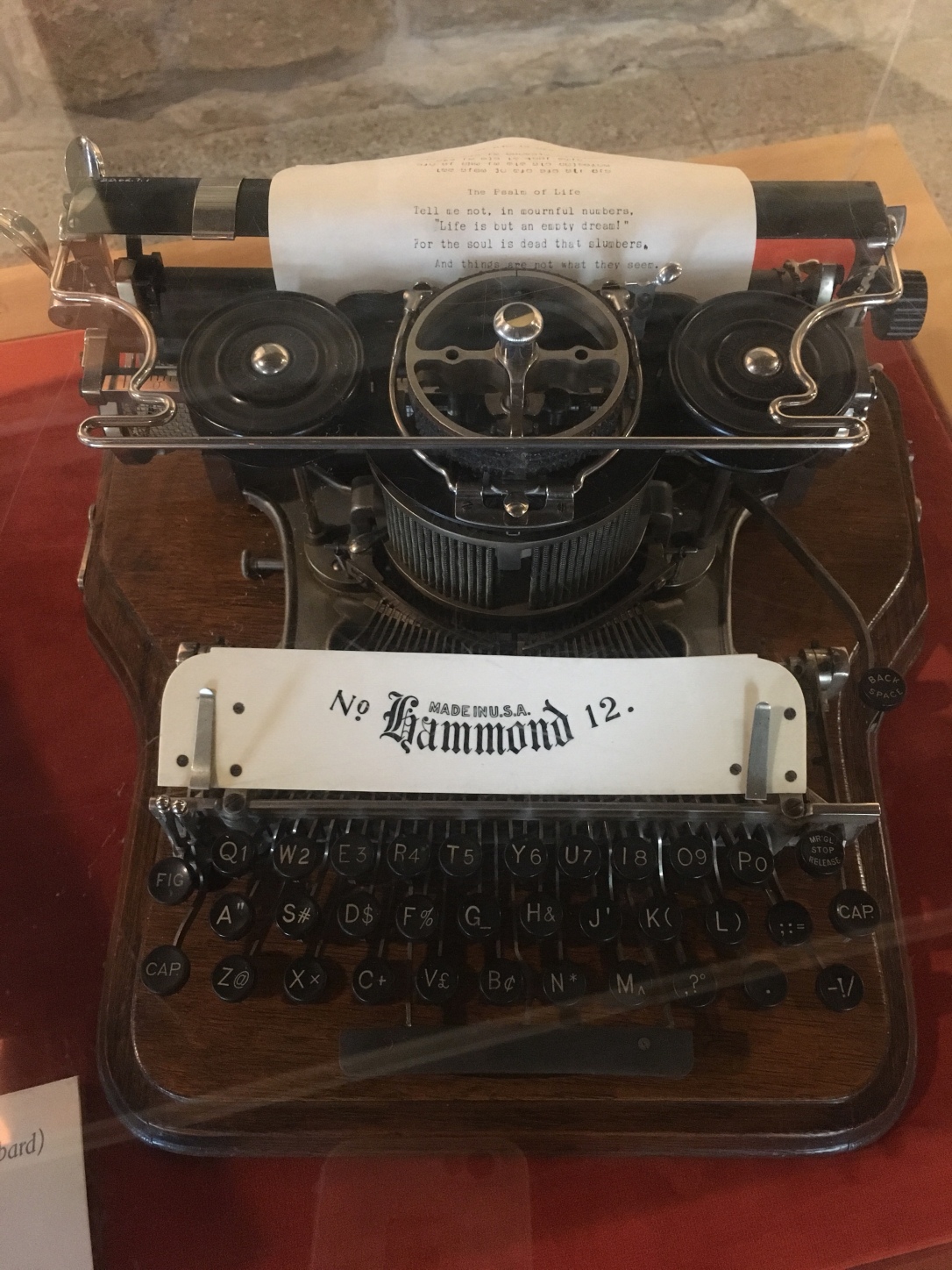 One of the jewels of the museum is the full-scale recreation of the Silver Dart, built by the Aerial Experiment Association (AEA), formed under the guidance of Bell and funded by his wife Mabel. IN 1909, one of the association members, J.A.D. MacCurdy flew the Silver Dart in the air over the ice of Baddeck Bay to become the first in Canada and possibly the British Empire. The fully functional AEA Silver Dart II was meticulously re-built using notes and existing photo and video footag, and flown in Baddeck (and around the world) for the centennial celebrations in 2009. 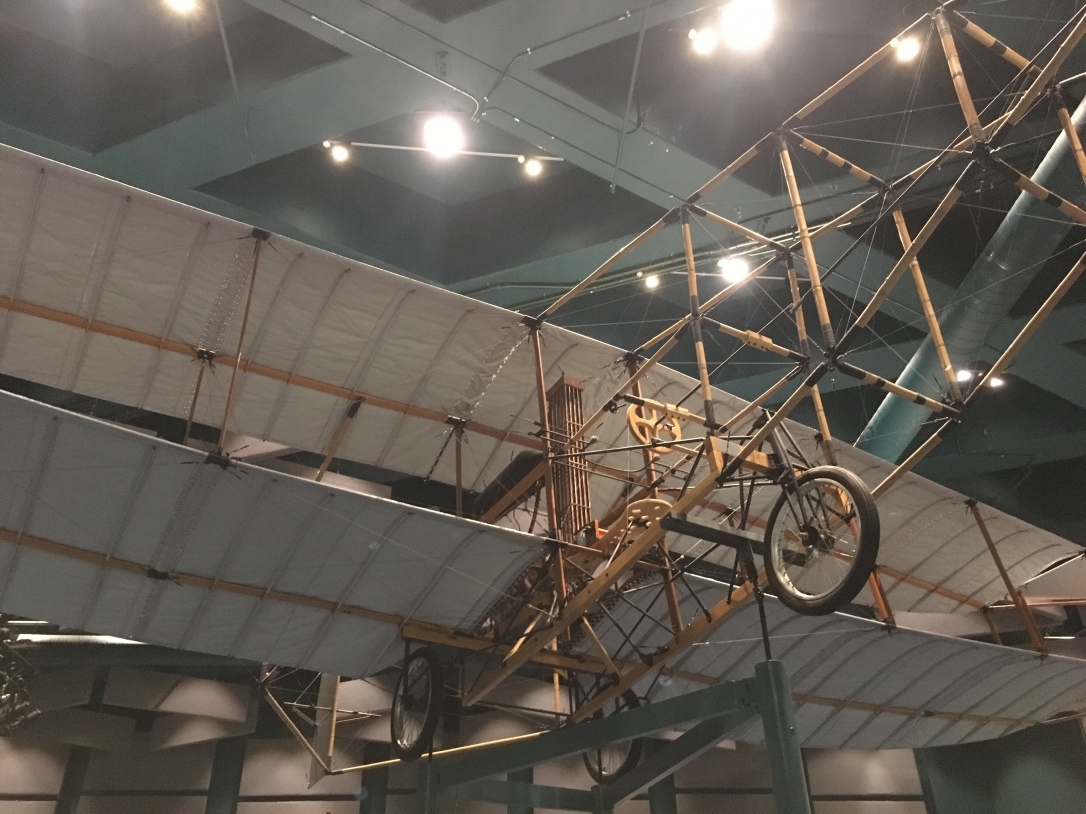 Behind the Silver Dart in the photo below, one can see the wooden hull of the original HD-4 hydrofoil boat that set the world speed record of over 70 MPH in 1919. 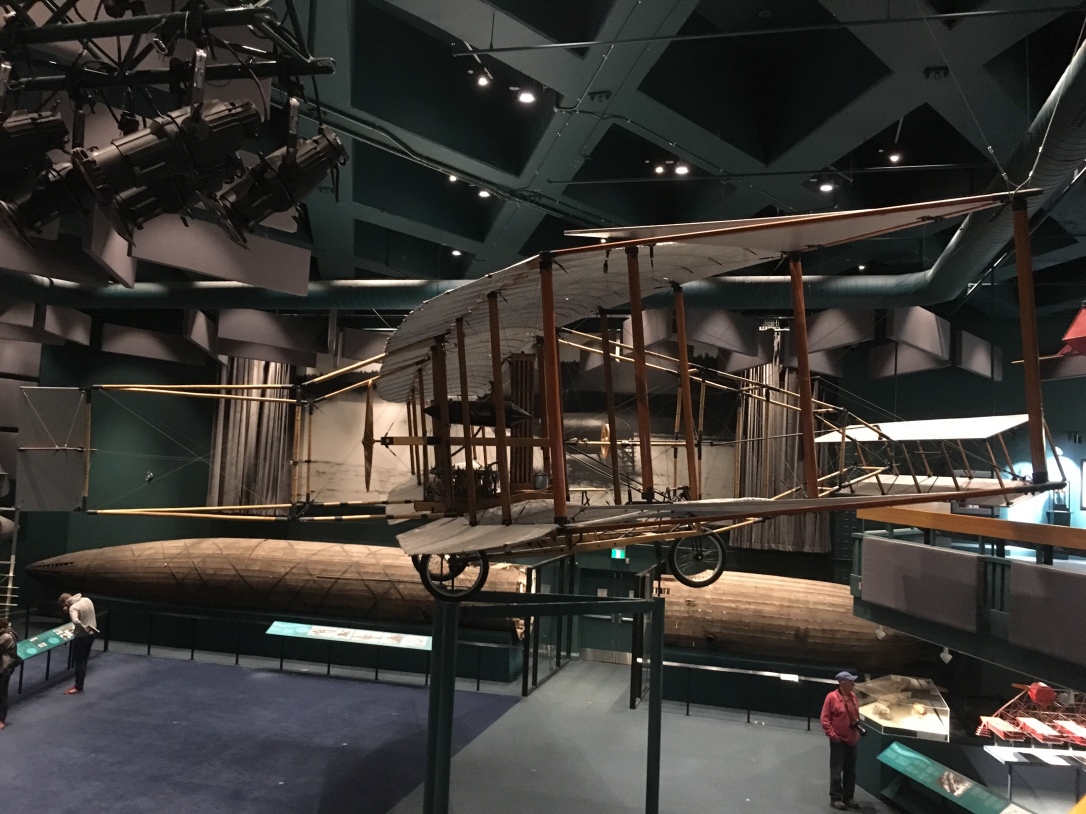 For both the airplane and the hydrofoil, Bell experimented using tetrahedral boxes in early prototypes which yielded great information on the aerodynamics. 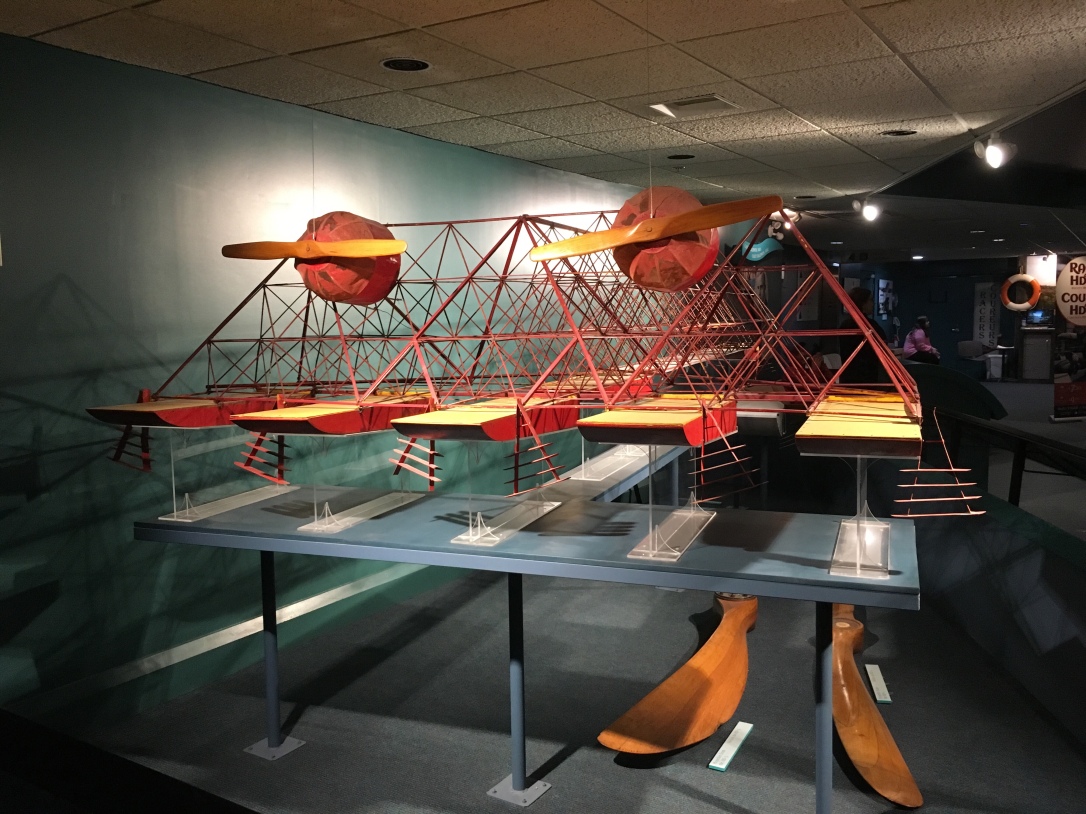 Outside, it was generally cloudy and drizzly day. Even though Bras d’or Lake is a UNESCO Biological Reserve and worth exploring more, we opted out of hiking the Salt Mountain Trail in Whycocomagh Provincial Park. 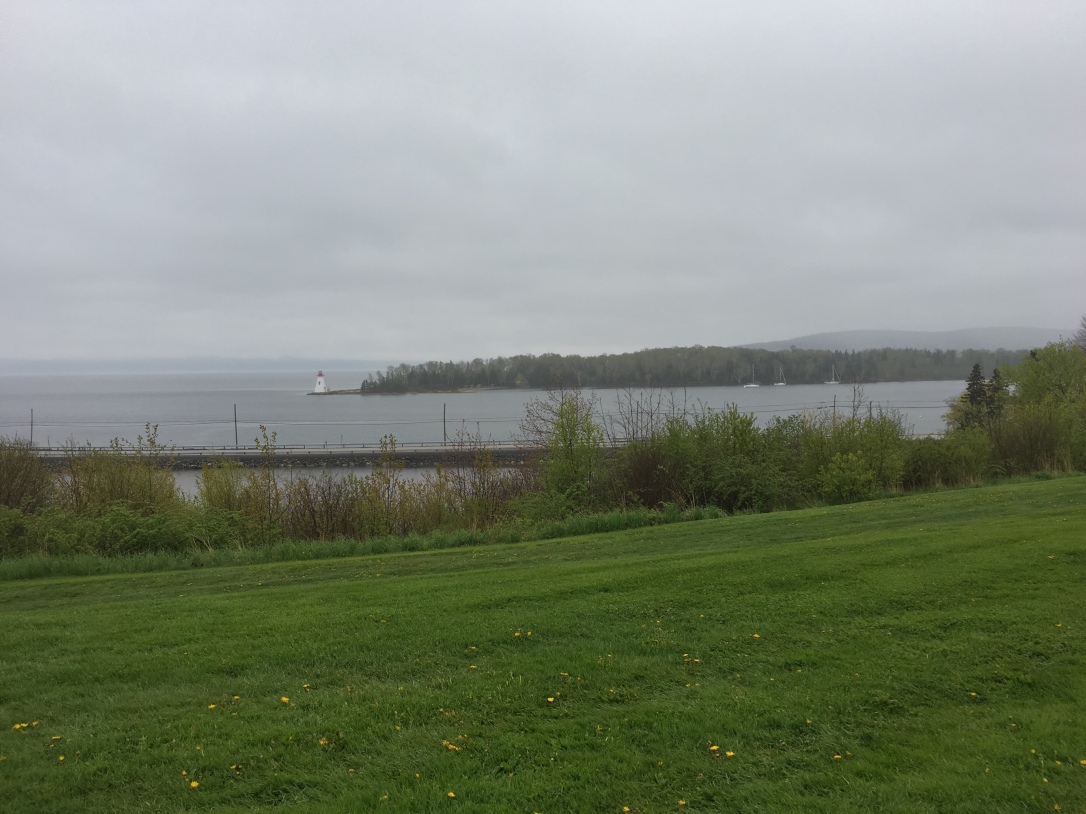 Instead, we enjoyed a hearty lunch at Herring Choker Deli – the sandwiches with home baked bread were humongous and absolutely delicious. 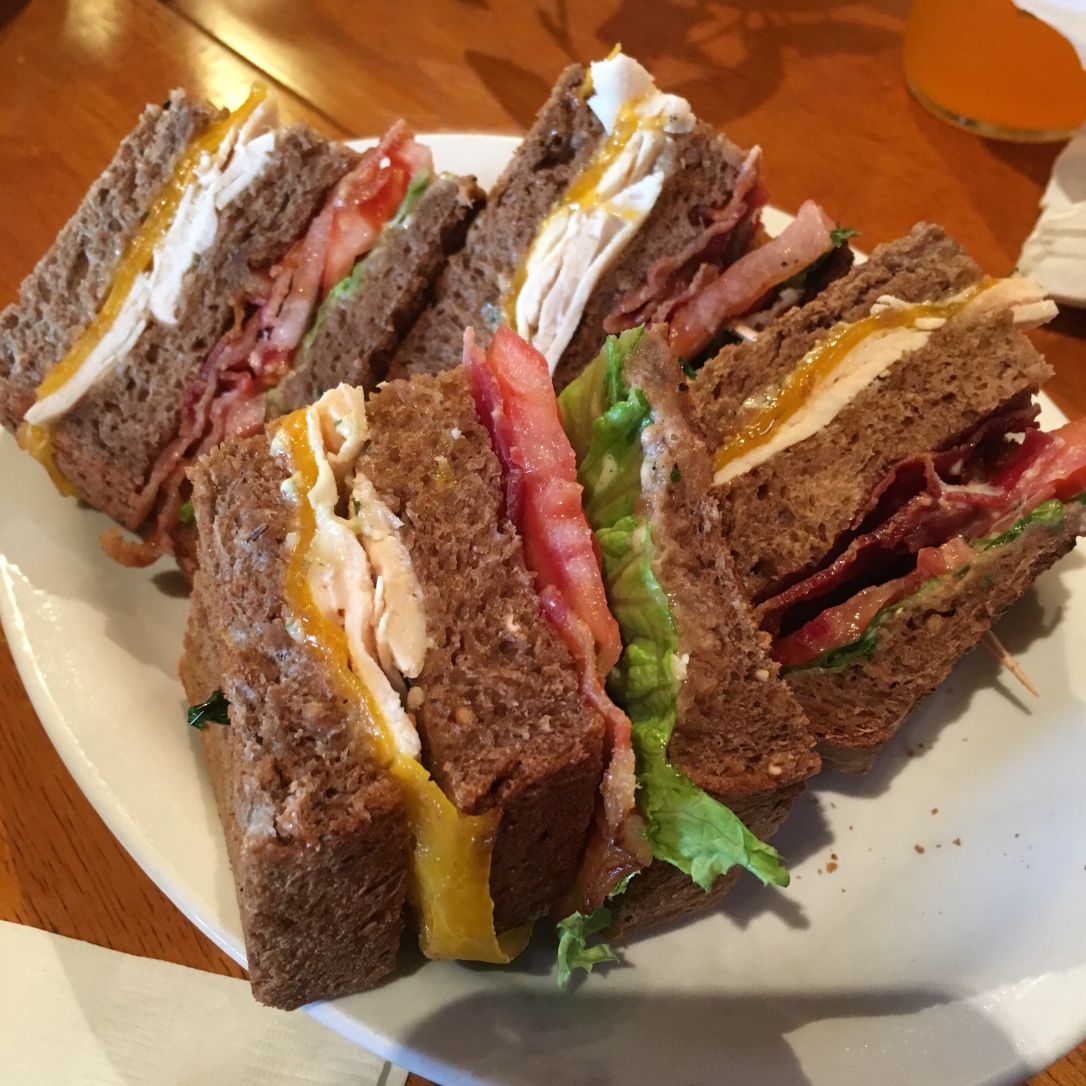 It was a sweet surprise to see the NY Capital Region’s own Stewart’s fountain sodas being sold in Canada! 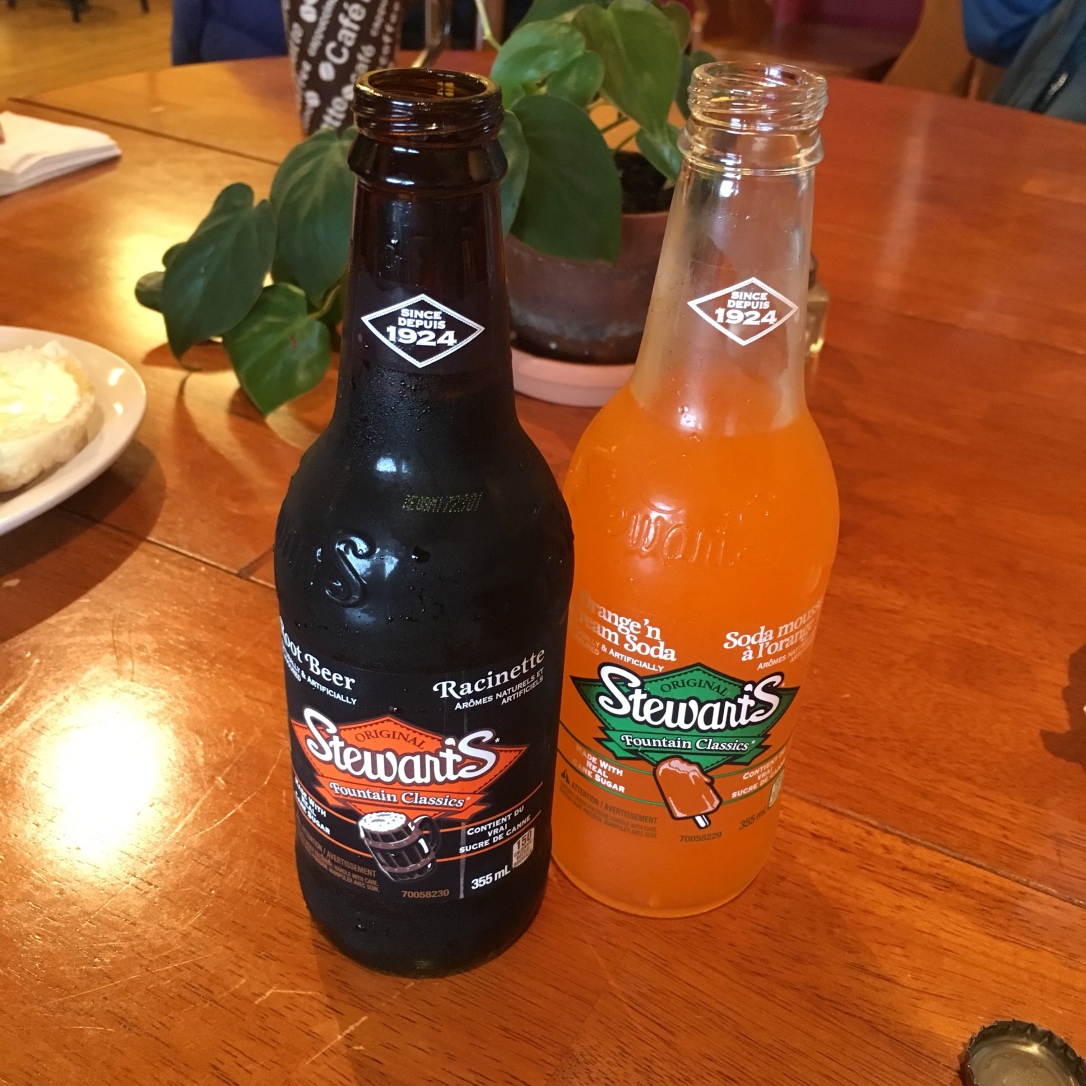 The rest of the afternoon was spent on driving from Cape Breton back to the Nova Scotia ‘mainland’.

To our great joy, beautiful blue skies and fluffy white clouds greeted us in Lunenburg. 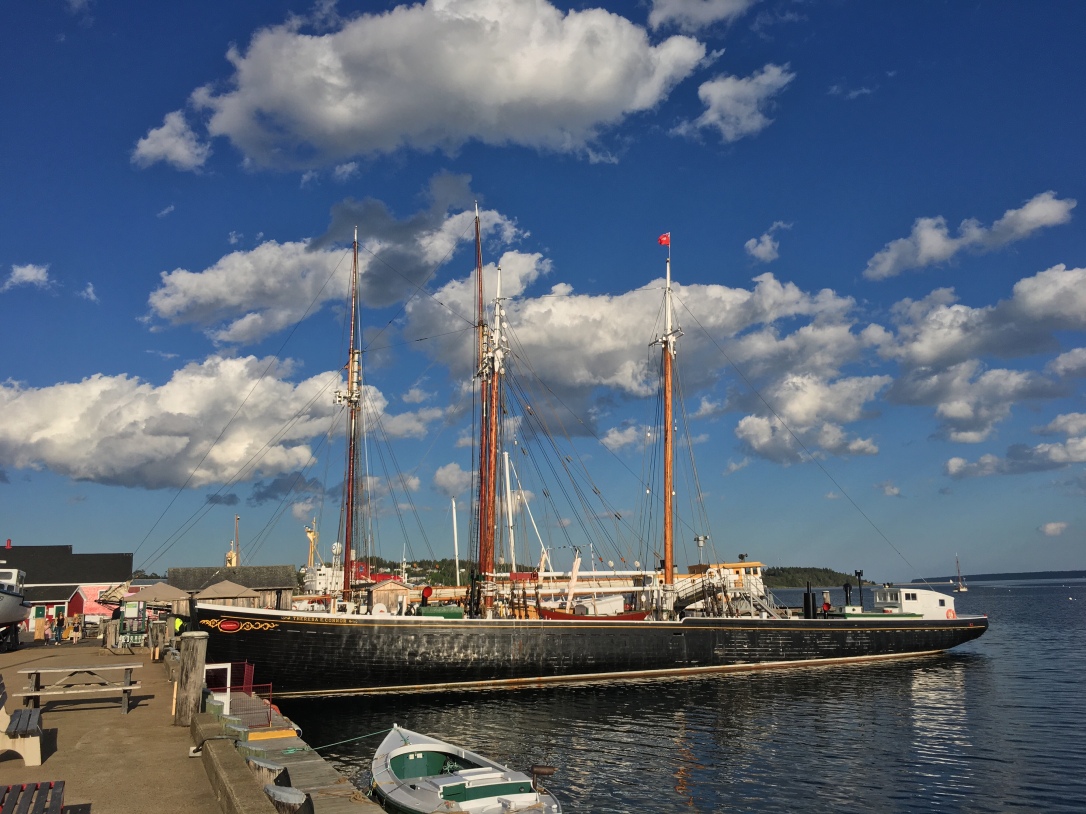 Dinner was a feast at the Grand Banker Seafood Bar & Grill, overlooking the harbor. It was wonderful to finish the day with local meats and cheeses (the queso fresco was just the right amount of melt-in-your mouth) alongside Acadian seafood stew and English bread pudding. 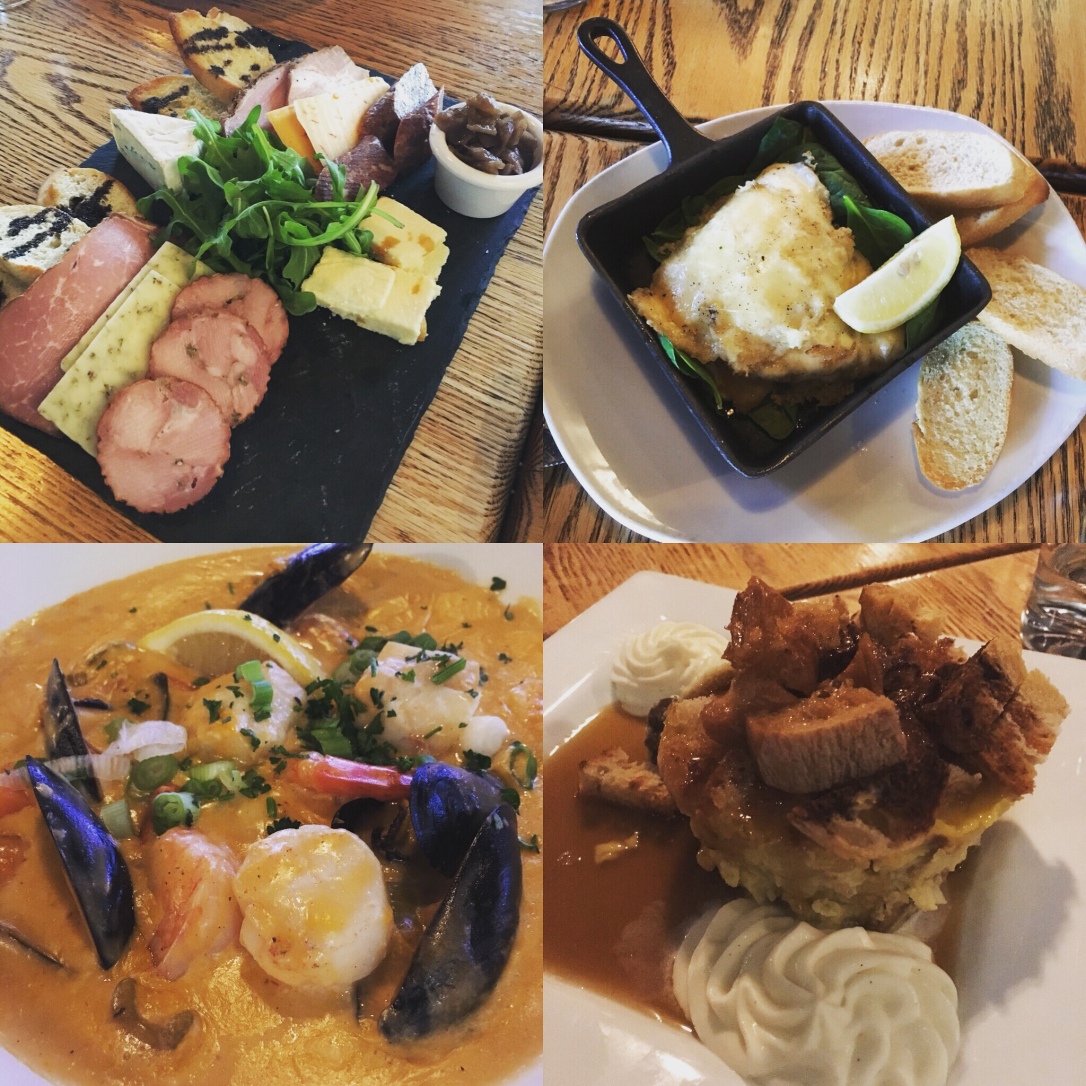