Despite the fact that wagering on races has risen in recent years, there is no denying that overall horse racing viewership and attendance has been in decline since the latter half of the 20th century.

Haven grown up relatively close to Saratoga Springs, my parents brought me to the tracks as a kid and I immediately fell in love with the powerful, quiet beauty of the horses, the thrill of photo finishes. Yet, much like baseball, horse racing for me is more about the experience of being onsite at the tracks, whiling away a relaxing afternoon in the company and conversation of family and friends. Not once have I actually watched a race on the screen, not even replays of the Kentucky Derby – it’s just not worth my time.

And herein lies the problem. Horse racing, with the long wait times between each race, and also the speed of the horses, is simply not a made-for-the-screen affair.

Recently I went to Cincinnati to attend a friend’s wedding. Being the horse racing “fan” that I was, I couldn’t pass down the chance to head down to experience Churchill Downs. The fact that it was going to be nearly 2 hours to and from Louisville did not deter me — it was so close that I could almost smell the excitement and the dense mush of history in air. 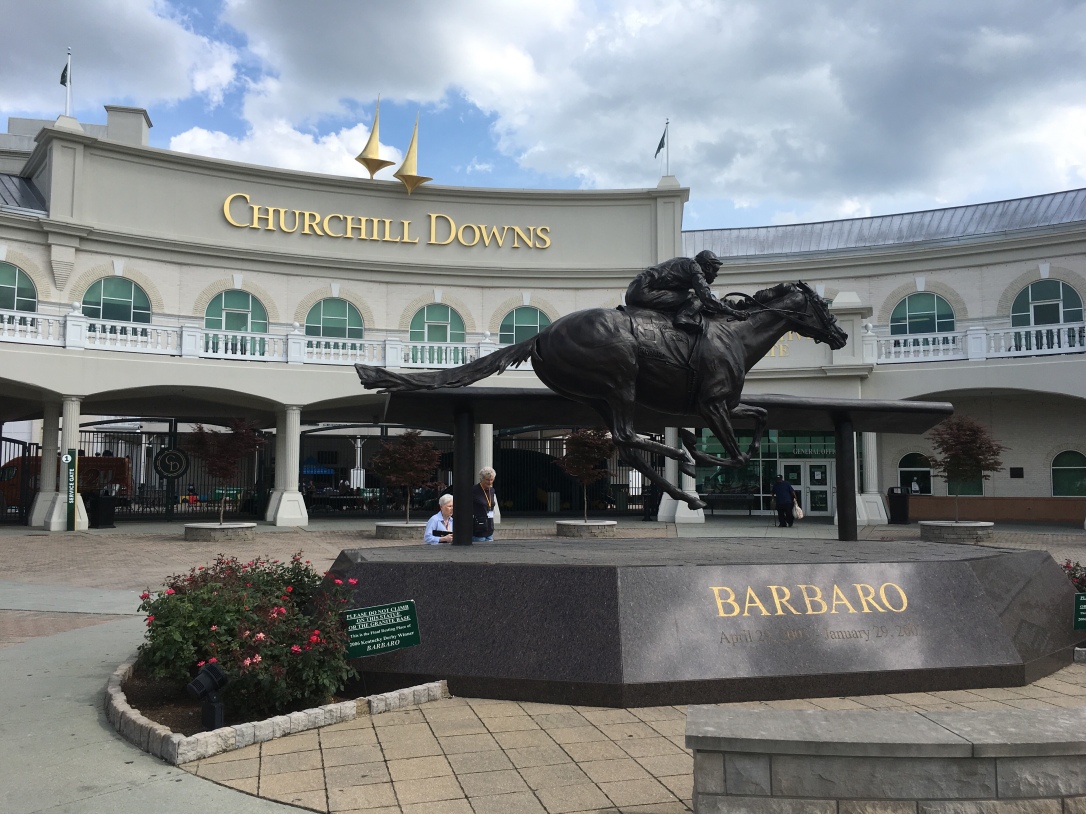 Interred outside of Gate 1 is a the cremated remains of Barbaro, 2006 Kentucky Derby winner and the only horse buried on the grounds of Churchill Downs to date. On top is a large than life bronze statue forever memorializing one of the most spirited horses in recent memory. He was undefeated going into the Derby and won by a staggering six and a half lengths – the largest margin since 1946. All that came crashing to a standstill two weeks later at the Preakness Stakes. After a false start at the gate, Barbaro somehow broke his right hind leg in more than 20 places; eventually having to be put down due to ensuing complications.

I still recall all the conversations and debates during and after the ordeal as news media followed step-by-step the unfolding drama; most centered on the (in)humanity of horse racing and the ruthless pursuit of glory and profits of the industry as a whole on the backs of innocent animals. Horses bred for speed at the cost of the animal’s natural health, a force fragility. Superimposing the same circumstances on humans would clearly result in indignant outrage and utter disgust at the disregard for morality.

The slender white twin spires and Victorian-esque architecture of the main club house structure belie all that dark underside though. The building harkens to another era, a time where America’s can-do spirit flourished and it was truly a land of possibilities.

I suppose what I wish to say is that even as I soaked up the fun, festive atmosphere at the tracks, in the back of my mind there’s always that slight feeling of guilt for taking part and enjoying this spectacle that is, to put it mildly, perhaps unfair to the horse themselves. They didn’t have a choice in becoming race horses, paraded and made to run  for the entertainment of humans.

At the same time though, when the humans are outfitted and paraded on the track, one is overcome with the majestic beauty they exude – the finely tuned builds and defined muscles. You can’t help but stare at them in awe and wonder. There’s something intoxicating about their every moment. 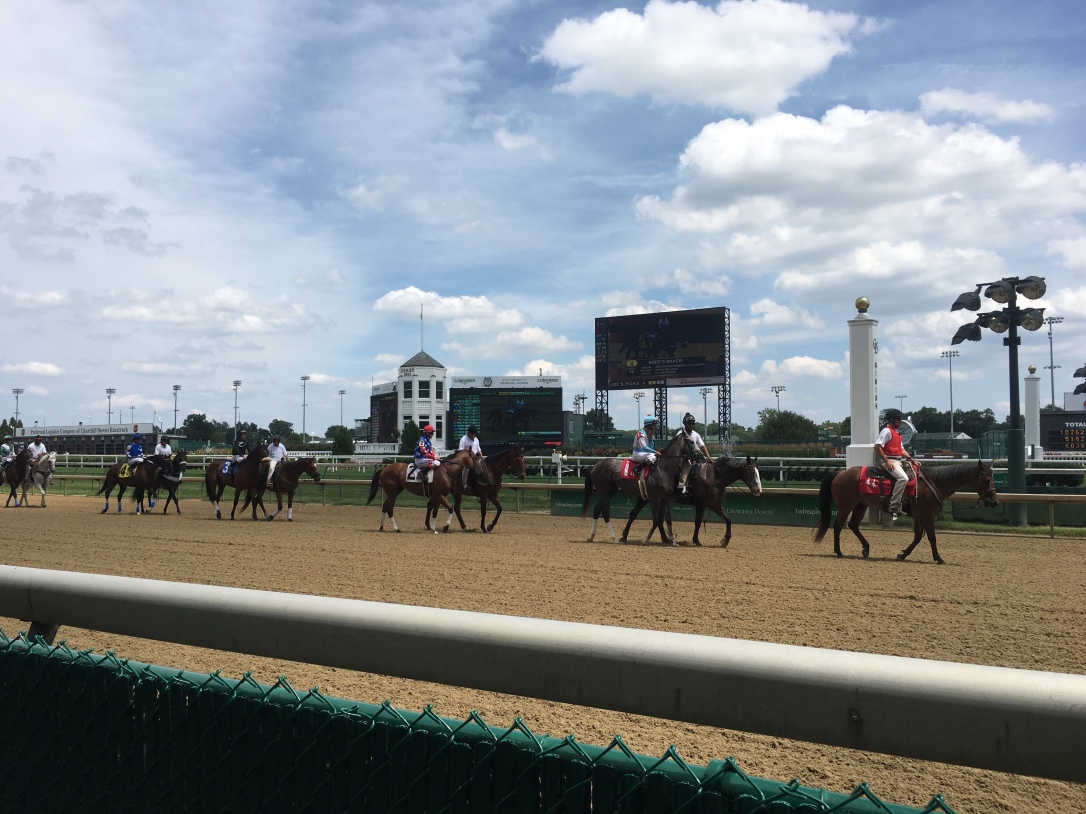 And the heart-pounding energy, the emotional drama in those mere minutes before that photo finish. There’s really nothing like the thrill of watching the ride.